As part of National Thrombosis Week (6–10 May 2019), we are joining the campaign to spread awareness about Venous Thromboembolism with a series of articles about this deadly disease. 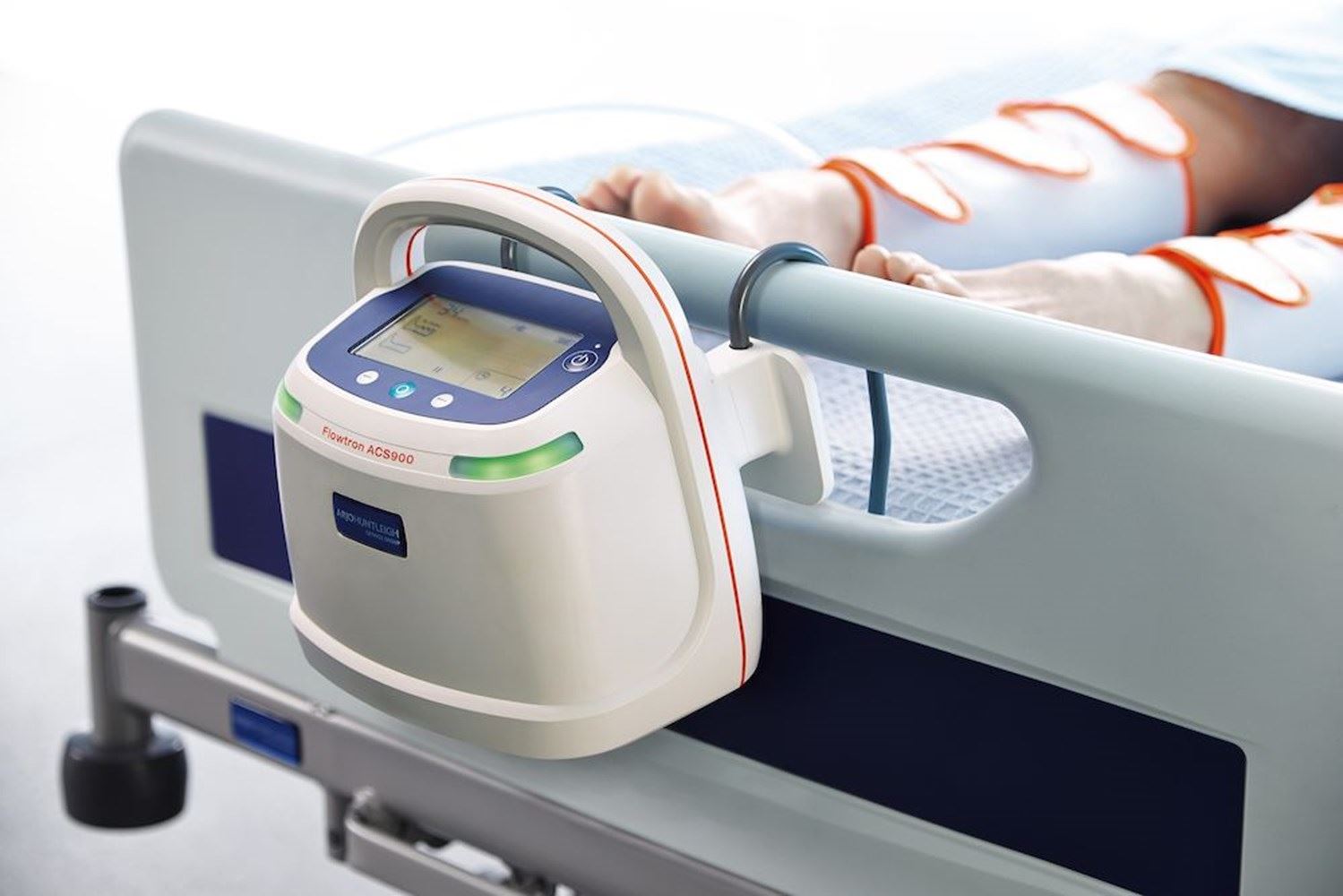 Venous Thromboembolism (VTE), which encompasses Deep Vein Thrombosis (DVT) and Pulmonary Embolism (PE), is a largely preventable condition associated with a high rate of mortality and morbidity if left untreated. There are approximately 10 million cases of VTE reported worldwide each year1 and these are associated with high economic and humanitarian cost.2

Primary risk factors for VTE are venous stasis, hypercoagulation and vessel injury; these are typically associated with any condition leading to immobility, surgery, trauma and a genetic predisposition to clotting.

In clinical practice, routine systematic patient risk assessment has become an inherent aspect of effective VTE prevention programmes. Preventative measures typically include pharmacological prophylaxis, intermittent pneumatic compression (IPC) devices, Graduated Compression Stockings (GCS) and early mobilisation. These can be used as stand-alone therapies, or for the highest risk patients, a combination of methods may be used concurrently to enhance benefit.3

Intermittent Pneumatic Compression, promotes a non-invasive form of of VTE prophylaxis. It is a very well established, intervention with a convincing evidence base and few side effects. The use of IPC is indicated for use across a wide range of patients including those for whom anticoagulation is contraindicated.

IPC mimics the natural movements of the leg or foot, most commonly by using inflatable calf-length or thigh-length compression garments, which simulate the mechanism of walking. If the use of a leg garment is not possible, foot garments may be used as an alternative. There are many different garments and means of delivering intermittent pneumatic compression. All have the same aim of displacing blood from the deep veins and moving it in a proximal direction back into the central nervous system.4

IPC is considered an effective method of prophylaxis with recommendations that it should be utilized as part of an evidence-based strategy for VTE prevention.5-9